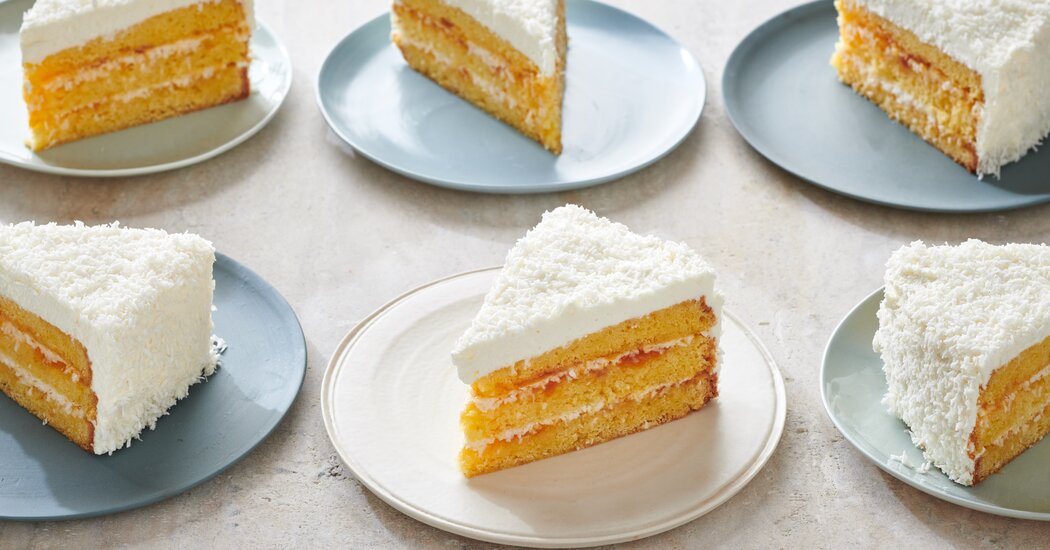 What to cook this weekend

Hello. You read this missive on one screen, and you can watch one recipe on another later, before you use a third to watch, say: “Halston“on Netflix after dinner. That’s fine. It’s the way of our world. But as Dorie Greenspan noted in The Times this week, there are still delights to be had in physical cookbooks, including not least is finding out what notes you or others have left there.

â€œElegant and delicious,â€ Dorie wrote of a Simone Beck recipe for helene cake (above), white cake filled and iced with coconut cream and apricot, taken from Beck’s 1972 cookbook “Simca’s kitchen. “She penciled this in the margin of the book after baking the cake for the guests on her son’s first birthday in 1980. (She made cookies for the kids.)

It’s a very 1970s cake – dry enough in appearance that it could be brushed with lots of rum and orange juice, for flavor and storage – but Dorie made it again last month and said that its tenderness, flavor and texture “are quite correct for today.”

Maybe you could do that this weekend then. Beck served it at the end of a meal of eggplant quiche and a salad of mussels, shrimp, peas and saffron rice with a creamy cucumber sauce. I would go onion quiche and Lyonnaise salad.

Other things to cook this weekend: almond toast; the egg salad sandwich from Konbi, in Los Angeles; grilled spatchcocked chicken with honey, chili and lemon. SautÃ©ed salmon with leeks and tomatoes? Makhani Tofu? A farro niÃ§oise?

Absolutely you should do yogurt and not just because it’s easy to spend $ 7 on a jar of this stuff at the market. Homemade yogurt is an incredible treat, especially now that we are in berry season. (I like it for yogurt sauce, to go with lamb shawarma.)

Several thousand more recipes to cook this weekend await you on New York Times cuisine. It is true that you must be a subscriber to see them all, save them, rate them, and leave notes on them for yourself or for your fellow subscribers. Subscriptions support our work and keep it going. We think it’s worth it. If you haven’t already, I hope you will consider subscribing today.

Now we are far from the chick and the sea bass, but Kelefa Sanneh on Olivia Rodrigo is a must read from The New Yorker.

Discover a new poem from Angel Mlinko: “The mecanicIn the London Review of Books.

here is Yohana Desta on Issa Rae, in Vanity Fair, which I would have liked to read on a plane to Los Angeles.

Finally, if you are wondering what you are going to do with your Sundays now that “Easttown mare“is done, you can watch or review”Happy valley“on Netflix. That Sarah Lancashire is really something. I will see you on Sunday.