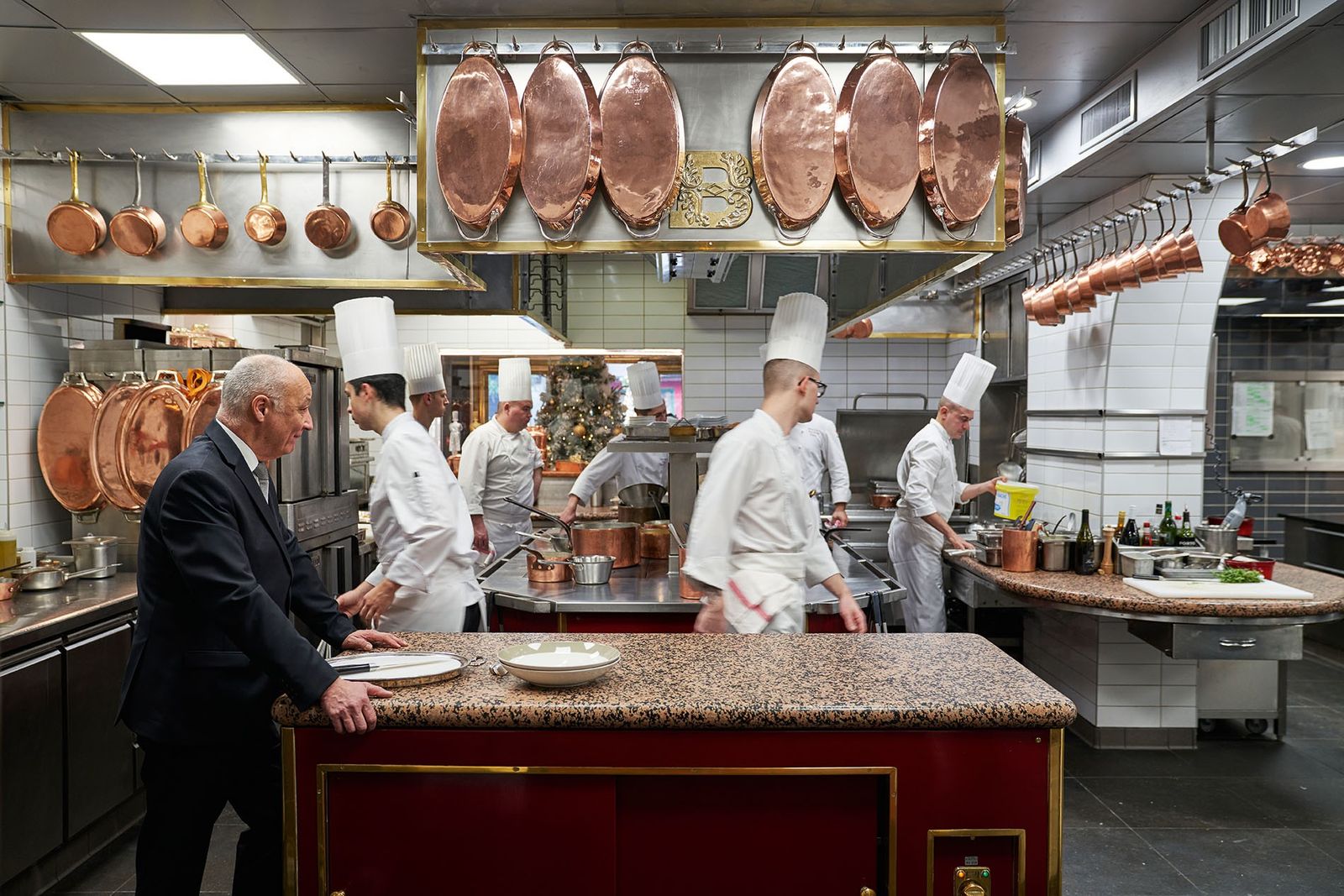 The town’s famous corks, established in many cases by MÃ¨res Lyonnaises, were a by-product of the silk industry, providing quick meals for workers and traders. The best of them can be found in the Part-Dieu, Presqu’Ã®le and Croix-Rousse districts, and traditionalists will be delighted.
to hear that they still serve the offal-rich menus for which they are known.

However, despite all of its history, Lyon is not immune to change. A new concept has been introduced in the Old Town, which promises to combine the city’s heritage with a more modern dining experience. La Food Traboule is the brainchild of two of Lyon’s most dynamic chefs, Tabata Mey and her husband Ludovic, who run a small and excellent restaurant called Les Apothicaires in Part-Dieu. The couple met while working at one of Bocuse’s other restaurants, Marguerite, and, after traveling the world observing how different cultures eat food ‘on the go’, they returned to find that the French were also adopting a more casual dining style.

It gave them an idea. Another inspiration came from the relationship they had with other restaurateurs in Lyon. â€œThere is no competition between us,â€ says Tabata. â€œWe are great friends. We share recipes, have a drink and help each other in the event of a problem.

â€œWe also organize the annual Street Food Festival together in September, where 25,000 people come to taste food at dozens of different stalls. And it got us thinking, â€œWhy can’t we do something more permanent together? “

This is how The Food Traboule began, which uses the different spaces available in one of the most popular buildings in Vieux Lyon, the Tour Rose, for a collection of mini-restaurants. â€œThe Pink Tower has a special place in the hearts of the Lyonnais: the buildings of Vieux Lyon are listed as a UNESCO World Heritage Site and MoliÃ¨re played his first plays there in the courtyard, so it’s really linked to history. of the city, â€says Tabata.

Each of the 12 restaurants – plus the cocktail bar – is an offshoot of an already successful Lyon restaurant, offering a simplified menu. â€œThe goal is to make it accessible. We have a restaurant that is not very expensive, but we know that not everyone can afford it, â€says Tabata. â€œAt La Traboule, our menu will cost around â‚¬ 18 (Â£ 15). You can make a good [two- or three-course] meals with good products for this price, it just takes creativity.

Elsewhere in the city, another municipal project is already proving successful. The Commune opened in March 2018 and is based on the â€œfood courtâ€ style of catering, like Eataly, which has outposts around the world, or the Mercato Metropolitano in London. Where it differs is that La Commune aims to give Lyon’s booming restaurateurs a start in the trade. It’s located in a former carpentry workshop not far from the university, and the chefs each have their own booth – and with it a chance to test their restaurant concept before setting out on their own in the city at large. There are 16 different stands in total, plus a bar and an area for concerts and exhibitions.

When I visit on a Friday night, the place is buzzing; young people crowd around the dining hall tables and eat everything from organic pasta to Ukrainian dumplings to Brazilian feijoada stew. Over a drink, I chat with Louise Rogelet, a 26-year-old pastry chef whose stand, Zoi, is the first step towards her dream of running a vegan pastry shop.

â€œIt’s a really intense program,â€ she says. â€œYou have about a year to test your concept, and La Commune provides you with the managerial, legal and commercial support you need. With French pastries so reliant on cream and butter, its vegan version is a difficult concept, but La Commune gave Louise and her team of three a chance to experiment and improve on their cakes. â€œAt first I had four different pastries a day, but now we have 12 or 13. Our customers know we’re learning, so we ask them for feedback.

The whole project is still in its infancy, and it is too early to say which of La Commune’s budding restaurateurs will make their establishment a success. But what emerges from the well-filled tables is that the “gastronomic meal of the French” is unlikely to lose its UNESCO status anytime soon. And that Lyon, one of the true gastronomic centers of the world, has much more to offer than its heritage.