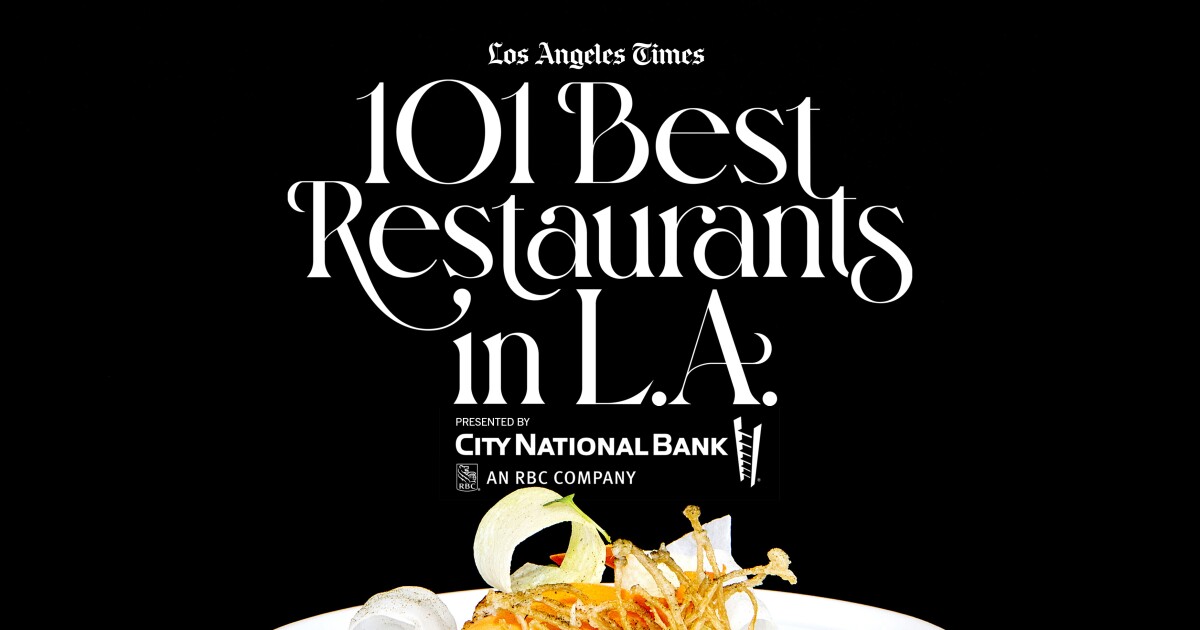 These are the 101 best restaurants in LA

Heartbreaking losses can be difficult to overcome, and questions about the future remain unanswered, but the restaurant terrain is familiar again. Reservations for the hottest openings and long-running blockbusters require planning a month in advance. Lines of tacos stacked with al pastor shaved from the trompo track to otherwise quiet boulders; The same goes for diners looking for boba and smoked brisket and Korean-style hot dogs.

The equation holds: Southern California’s superior agriculture combined with the city’s miraculous pluralism and creative spirit make the region one of the most exciting places in the world to eat.

With apologies to my editors, I don’t really believe in the idea of ​​“best” when it comes to Project 101. Yes, it is a guide to excellence. It’s also meant to capture, as far as a finite number can, the breadth and general spirit of dining in LA. Some well-established names and places pop up (consider it a boost to hang out with them if you like them) attendees: Look for Ammatoli in Long Beach, Flavors From Afar in Little Ethiopia, Sushi Kaneyoshi in Little Tokyo, and the Los Dorados wanderers among them.

There is no end to the number of stories to tell about LA’s food culture, and to that end, three of my favorite writers have contributed essays to expand the narrative. Please read Carolina A. Miranda on The Designer Whose Cart Can Change the Way Street Vendors Sell Tamales; Donovan X. Ramsey on the evolution of a history-laden tasting menu series that premiered on Netflix’s “High on the Hog”; and Esther Tseng enlightening an organization that supports restaurant workers who are part of the city’s diverse and often invisible indigenous communities.

Jenn Harris joins me in naming some of our favorite places to soak up (booze and others), and I’m also highlighting several enduring pop-up operators whose indie moxie matches their delicious cuisine.

Whether you are choosing take-out or sitting at a crowded counter, remember to treat those who feed us in these unprecedented times with kindness and patience. And welcome back to the table.