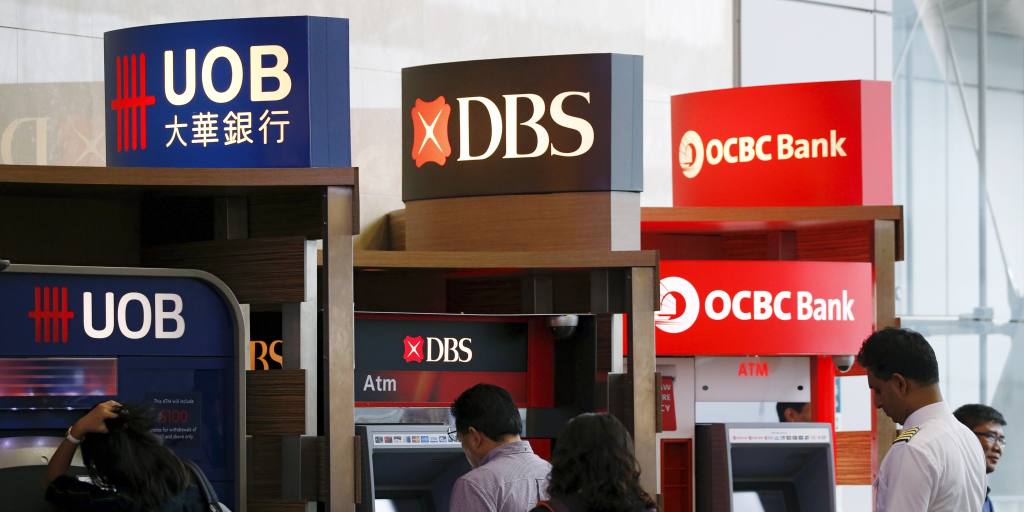 Singapore’s DBS increases payments as other lenders recover from COVID

SINGAPORE – Banks in Singapore eased their purse strings this week to reward investors on strong second quarter results, showing they are confident the recovery from COVID-19 remains on track despite setbacks in Asia.

DBS Group Holdings, Southeast Asia’s largest lender, on Thursday announced interim payments to shareholders at 33 Singapore cents per share for the quarter, up from 18 cents a year ago.

For the April to June quarter, the bank reported net income of SG $ 1.7 billion ($ 1.2 billion), an increase of 37% from SG $ 1.25 billion a year earlier, as signs of continued business recovery gave it the confidence to further reward stakeholders. generously.

“Where we’re at overall we’re really excited,” Piyush Gupta, managing director of DBS, said in an online results briefing Thursday. “It has been a strong first half and we are approaching the end of the year with a fairly high degree of confidence.”

DBS reported a NPL ratio of 1.5% for the quarter, unchanged from the previous three months.

Taken as an indicator of the strength of a bank’s loan portfolio, the ratio identifies the proportion of defaults as part of the aggregate amount that a financial institution has loaned.

The stable number is another sign that the recovery has not derailed. Bad debts from borrowers struggling due to the pandemic are still largely under control, with repayment moratoria helping the situation.

At the end of last month, the Monetary Authority of Singapore lifted dividend restrictions on DBS, along with its peers United Overseas Bank and Oversea-Chinese Banking Corp. The three are the city-state’s largest local lenders.

The move came after Thailand’s central bank allowed lenders to pay interim dividends, believing financial institutions had the means to withstand the impact of COVID outbreaks – a change of tone from the year last when the bank called on commercial lenders to suspend payments and share buybacks to preserve capital.

In July and August last year, Singapore’s central bank called on lenders to cap their total dividends per share at 60% of their fiscal 2019 payouts as a precautionary measure to ensure that financial institutions were able to support the economy affected by the pandemic. .

“The global economic outlook has improved since then,” the monetary authority said last month. “Although some uncertainties remain, Singapore’s economy is expected to continue on the path to recovery, given the strengthening of global demand and the progress of our immunization program.”

UOB and OCBC share this view and also increased their dividends on Wednesday. UOB announced an interim payment of 60 Singapore-tagged cents on common stock for the first half of the year, up from 39 cents a year earlier.

Second quarter net profit jumped 43% to SG $ 1 billion, from SG $ 703 million for the same period last year. Its NPL ratio was unchanged from the previous quarter at 1.5%.

“We confirm a positive outlook for the remainder of the year,” UOB CEO Wee Ee Cheong said in a virtual earnings briefing on Wednesday. “We are optimistic about the outlook for growth as economies accelerate their recovery as immunization levels rise.”

OCBC announced an interim dividend of 25 Singapore cents per share for the first half of the year, a slight increase from 15.9 cents a year ago.

It had recorded a 59% year-over-year jump in second-quarter net income to SG $ 1.16 billion. Like UOB, it kept its NPL ratio unchanged from the previous quarter at 1.5%.

“Overall, all three banks have exceeded estimates accompanied by improved forecasts and a return of dividends to pre-pandemic levels,” Jefferies analyst Krishna Guha noted in a report. “The results paint a picture of a stable economic recovery, but with sufficient fiscal and monetary support.”

Singapore is one of the most vaccinated countries in Asia, with 80% of its 5.7 million people expected to be fully vaccinated against COVID-19 by September.

Authorities are banking on the shots to help maintain a gradual economic reopening, even as the most contagious delta variant has increased coronavirus cases elsewhere in Asia.

While the recovery in economic activity is a boon to Singaporean banks and their ability to make payments, their counterparts in other Southeast Asian countries may find it more difficult to stay on track for recovery. .

In Thailand, Indonesia and Malaysia, the resurgence of the virus has threatened to overwhelm healthcare infrastructure and slow business recovery.

“If you look at Malaysia and Indonesia, it’s obviously due to the resurgence of the COVID variant which actually caused a decline in economic growth which actually started in the first half of the year,” said OCBC CEO Helen Wong at a press conference. the earnings call on Wednesday, adding that she expected bad loans to surface more in affected countries.

Lenders in Australia, Singapore and India are expected to emerge the strongest in the Asia-Pacific region this year when it comes to dividend issuance, according to Ralph Chen, research analyst at IHS Markit, in a July report.

Chen noted that the current environment of low interest rates, increased provisions for bad debts linked to the pandemic and restrictions on the distribution of capital have had a huge impact on dividend payments from banks, lenders. Singapore being the exception among ASEAN banks.

“Malaysia, Thailand and Indonesia, however, are expected to experience a moderate recovery in bank dividends,” he wrote. “These countries are still grappling with relatively high virus cases and the blows to their economies.”

Online lender Kakao to debut on the stock exchange