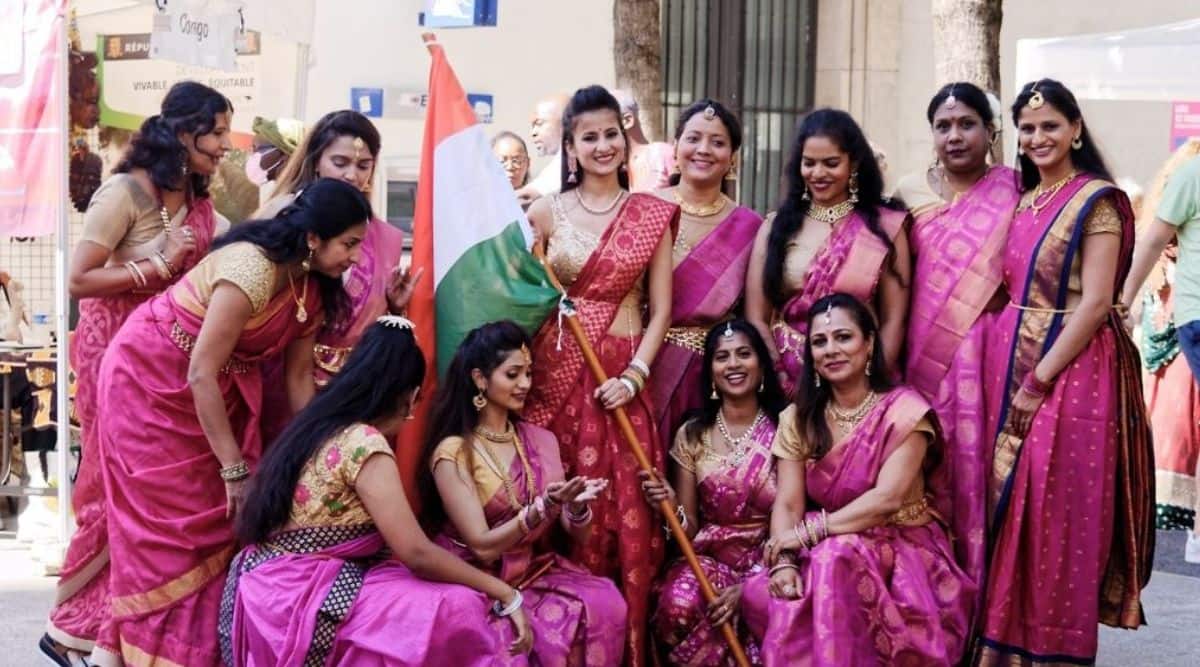 Sari parade, traditional Indian dance stand out at a mega event in Lyon

Different hues of saris and traditional Indian dances delighted the French as different nonprofits gathered to celebrate the Villeurbanne Association Biennale festival in Villeur-banne, city of Lyon, France, on Sunday. The event brought together 295 associations represented by more than 600 volunteers. One of the associations that participated this year was an organization formed by Indian expatriates in Lyon called Association de L’Inde Lyonnaise.

Haru Mehra, secretary general of the association, who arrived in France from New Delhi four years ago, told The Indian Express: â€œOver the past two years, the Indian community has gone through a very difficult period and has could not organize regular community events. like Diwali, Holi, and Ganesh Chaturthi, which were regular features of the pre-Covid era. In January, Mehra was invited by the mayor of Villeurbanne to discuss the relaunch of cultural activities. â€œWe decided to participate in this event with a theme on Saree and dance, to spread the taste of India in the region,â€ Mehra said. Rama Kumble, president of the association, declared: â€œWe decided to entrust the management of the show to Indian women from Lyon, who imagined Sarees of India, a parade of saris from different states.

– Stay up to date with the latest news from Pune. Follow Express Pune on Twitter here and on Facebook here. You can also join our Express Pune Telegram string here.

The event took place within the walls of the Town Hall of Villeurbanne. Besides the parade, another initiative that caught the attention of the local French was a sari stand where they could ask for help to drape traditional Indian clothing and take photos with them. “This stand has become a success with all French women, young and old,” said Mehra.

However, the highlight of the event was Indian group dancing, by an all-female team, who had been preparing for the event for two months.

“This is the first time that we (Indians) have participated in the Biennial of Associations, but let me guarantee you that it is not the last,” Mehra said.