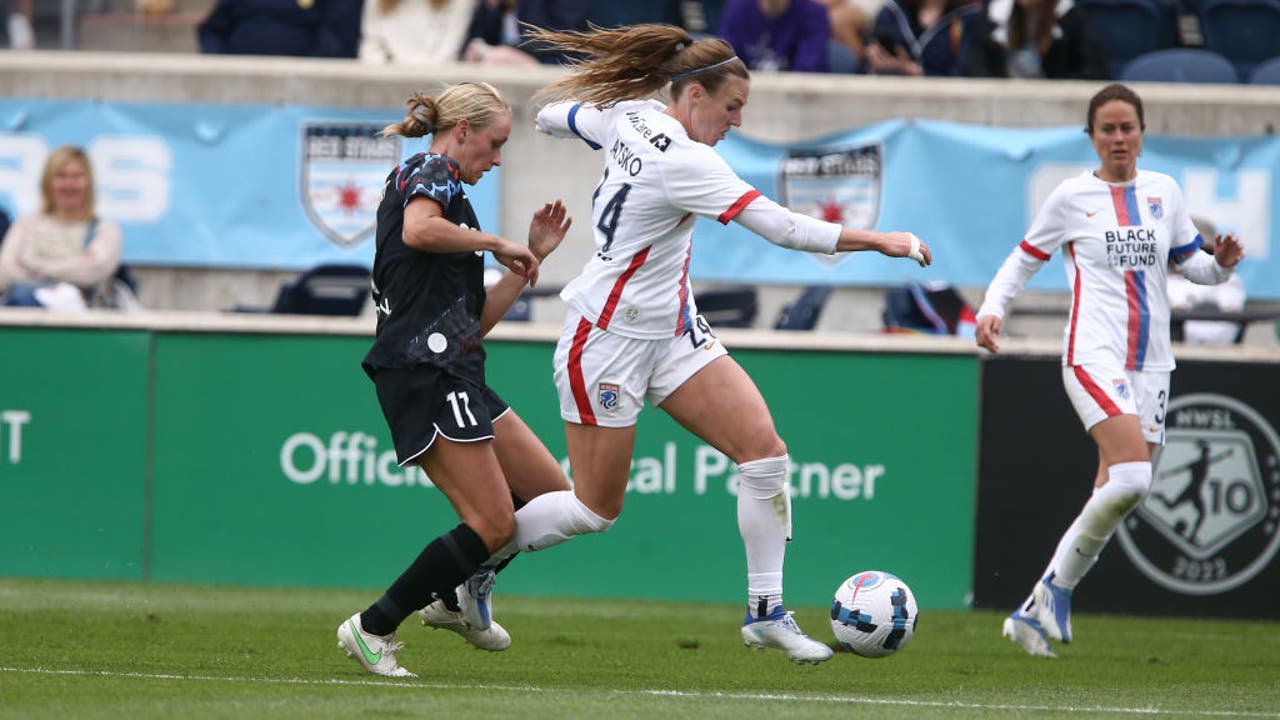 OL Reign forward Veronica Latsko (24) and Chicago Red Stars forward Sarah Luebbert (11) in action during an NWSL game between the OL Reign and the Chicago Red Stars on June 4, 2022 at SeatGeek Stadium in Bridgeview, Illinois. (Photo by Melissa Tamez/Icon S

The clubs are both owned by OL Groupe, which acquired the Reign in 2019. OL arrive in Seattle next month and will be honored at a half-time ceremony in the August 14 match against NJ/NY Gotham F.C.

OL will then travel to Portland where they will face Chelsea FC in the first round of the Women’s International Champions Cup Tournament on August 17. Then, OL Reign will travel to Louisville to compete in the Women’s Cup.

The OL family includes some of the most famous and awarded players and managers in the world. In 2019, Reign striker Megan Rapinoe won the Ballon d’Or; in 2018, it was awarded to Ada Hegerberg of OL. Lyon head coach Sonia Bompastor is also the only woman to win the Union of European Football Associations (UEFA) Women’s Champions League as a player and coach.

“These world-class players embody the mission and the will to win that have inspired football fans around the world, from Seattle to Lyon,” said Vincent Berthillot, CEO of OL Reign. “Together, our clubs are playing for future generations of women and girls who will know what it’s like to be a champion: winners on the pitch and advocates for a more inclusive and sustainable world off the pitch.”

Megan Rapinoe #15 of OL Reign controls the ball against Madison Pogarch #15 of Portland Thorns FC in the second half at Lumen Field on August 29, 2021 in Seattle, Washington. (Photo by Abbie Parr/Getty Images)

“By joining OL Reign, I was able to bring the experience I had acquired at OL, but also to bring to myself and the team everything that Reign could bring to us,” said Le Sommer. . “Knowledge comes from sharing. By bringing together two of the best teams in the world, OL have developed a unique platform in women’s football. I am very happy to be back in the United States this summer with OL and to have the chance to spend a few days in Seattle and see my teammates.”