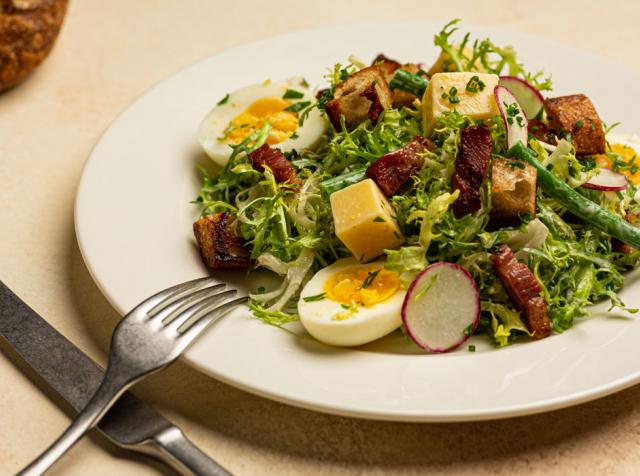 Pearl announced the launch of a new restaurant on the property, Brasserie Mon Chou Chou. The new restaurant, which will open in November this year, will feature quintessential French comfort food that features simple, earthy, and flavorful dishes from regions across France. Unlike high-end French restaurants, brasseries are more informal, serving full dishes for dinner, but also allowing for a more relaxed atmosphere consisting only of wine, oysters, cheese platters, etc. Mon Chou Chou’s menu will feature classic, yet accessible French comfort food that will appeal to a wide range of guests.

“Mon Chou Chou” is a French term for affection which roughly translates to “darling” or “darling”. True to its name, the Brasserie will embody a relaxed and comfortable atmosphere that will serve as a welcoming environment for Pearl customers. Brasserie Mon Chou Chou will be run by French-born Executive Chef Laurent RÃ©a, who was previously the Executive Chef of Andrew Weismann’s Signature. The new restaurant was conceptualized by Chef RÃ©a and Southerleigh Hospitality Group partners Jerome Serot, Philippe PlacÃ© and Chef Jeff Balfour. RÃ©a, PlacÃ© and Serot are all originally from France, but did not meet until they arrived in San Antonio in 2001. Nineteen years of friendship later, they joined forces to bring comfort and comfort to Pearl. flavors of their native France.

Chef RÃ©a started his career at the culinary school in Strasbourg, France. After successful debuts in various world class restaurants such as The Lygon Arm Hotel on Broadway, England, and Ca’Savio in Venice, Italy, RÃ©a had the opportunity to join the restaurant of Paul Bocuse and Roger VergÃ©, Chef from France, in Orlando, FL. Chef RÃ©a then moved to San Antonio and worked in several restaurants before joining Southerleigh Hospitality Group as Executive Chef of Brasserie Mon Chou Chou.

PlacÃ© brings his long-standing expertise and dedication to detail in culinary services to oversee the operations of Southerleigh Fine Food & Brewery, Southerleigh Haute South and Brasserie Mon Chou Chou. PlacÃ©’s passion for catering and cooking first appeared at Claridge’s Hotel in London in 1989, working at several establishments in Europe before moving to San Antonio in 2001. JÃ©rÃ´me Serot, Hospitality Industry Marketing Specialist , brings an entrepreneurial approach to the development of the brand. Serot moved to the United States in 2000 with the goal of creating opportunities that would connect people through vibrant cultural and culinary experiences, which ultimately led him to help found the Southerleigh Hospitality Group.

â€œFrench cuisine is something that is close to our hearts and it is something that has allowed us to meet up with friends and colleagues,â€ says Serot. “We have the opportunity to share our food culture with San Antonio in a warm and inviting way and we can’t wait to bring Mon Chou Chou to Pearl.”

The new restaurant will offer a selection of French classics, but will emphasize simple and tasty dishes that will appeal to everyone. Delicious cheeses, breads and wines will be plentiful at Brasserie Mon Chou Chou. The menu will feature French classics such as Steak Frites, Salade Lyonnaise, Escargot, Fresh Oysters, Domestic and Imported Cheese Platter, Raclette & Baguette, Braised Texas Rabbit in Dijon Mustard with Tagliatelle, Coq Au Vin, and much more. The bar program will offer artisan cocktails including the â€œPink French Fairyâ€ with Citadelle gin, egg white, fresh lemon and wild strawberry liqueur, as well as a selection of wormwood.

The 4,600 square foot restaurant is reimagined by the development team at Pearl, Clayton and Little Architects, and the interiors by Joel Mozersky Design. The team has created a founding space with timeless charm inspired by the great Parisian brasseries and will offer numerous seats inside and on the terrace.

The menu will be available on site, to take away and for delivery. During the COVID-19 era, Mon Chou Chou will take all necessary precautions to ensure that the experience is safe for staff and guests, including additional disinfection, frequent hand washing, mandatory masks for guests, associates and operators, socially – remote tables, employee temperature checks, regular employee COVID-19 testing, an improved HVAC filtration system, and hand sanitizing stations everywhere.

Secret gems of the Victoria area you need to know