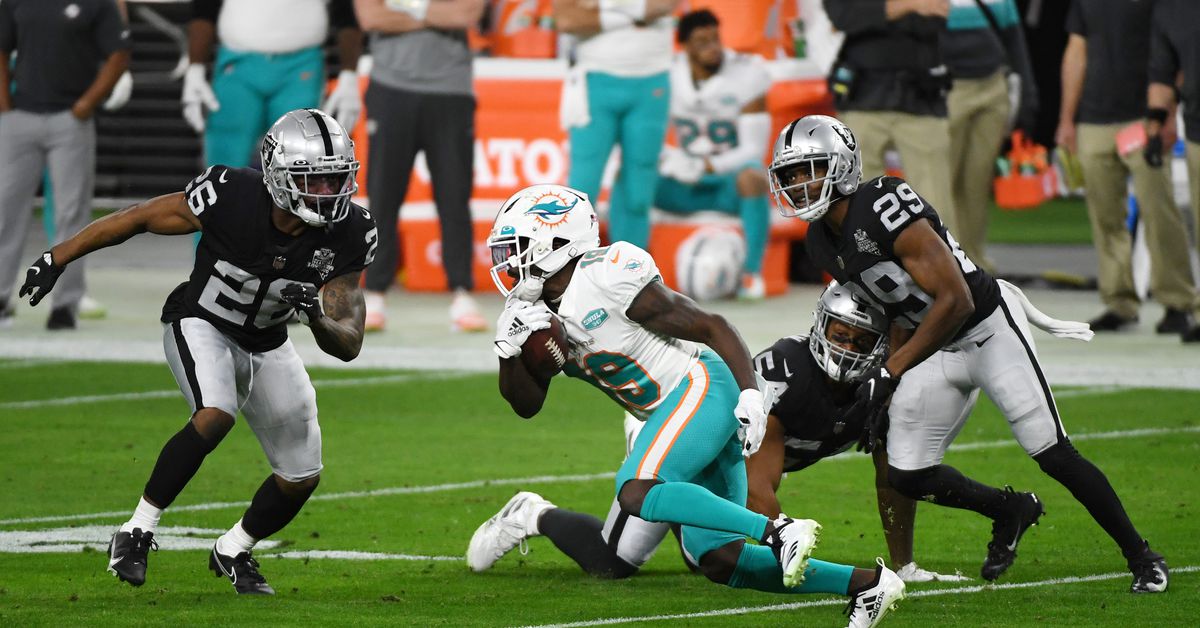 Well we started this season, alright, beating the New England Patriots before laying an egg last week against the Bison Tickets. To add insult to injury, as if being knocked out at 35 zeros wasn’t bad enough, we also lost starting quarterback Tua Tagovailoa for at least this week’s game and two more. This week’s task will not be any easier. The Red Las Vegas Adventurers are playing over their heads this season it seems, having already sent the two Baltimore Ravens and the Pittsburgh Steelers so far. The Raiders have also led the NFL in passing up to this point, gaining an average of 408.5 yards per game.

Hopefully Mr. Flores and his staff have a few more tricks up their sleeve. Our Dolphins will obviously have to play much, much better this week than last week if they hope to steal a win today. Here is to pray that they did something, anything to fix the issues that plagued the offensive last week, especially as it applies to the very porous offensive line that we waged against. the Bills.