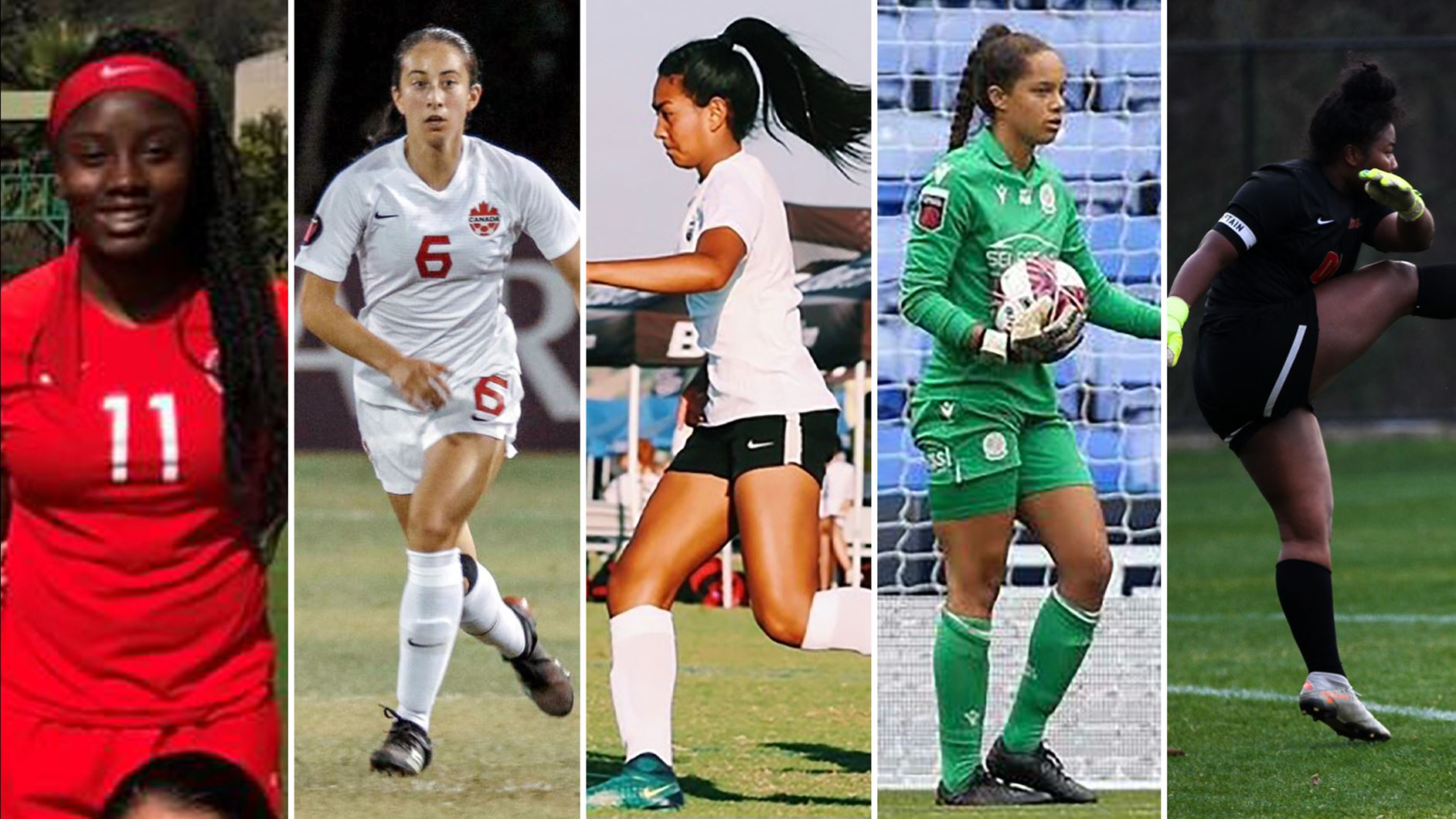 CAMBRIDGE, Mass. – Harvard University Women’s Soccer will welcome five freshmen to the program for the start of the 2022 season as part of the Class of 2026, announced Chris Hamblinthe Branca family’s head coach for Harvard Women’s Soccer.

Comprised of several student-athletes who have competed for national team programs, the group includes two players from Canada, one from England and two from the United States, one from Georgia and one from Washington State. The class includes a striker, a midfielder, a defender and two goalkeepers.

“We are really looking forward to welcoming our first year class to Cambridge,” said Hamblin. “The Class of 2026 complements our returning group perfectly and adds quality in all areas of the pitch. As well as being outstanding students, the incoming class brings high quality football experiences at club and international level.

“I want to thank mike chalice, Marc McDevitt, Emma Clarkand Lauren Berman who have done another fantastic job recruiting student-athletes to the program who are a perfect fit for our locker room and our style of play,” said Hamblin. “We look forward to seeing the 2022 team together this fall.”

The band will join a Harvard program that has won 13 Ivy League titles and just completed its 17and NCAA tournament appearance. In 2021, the Crimson achieved a national ranking as high as No. 4 in the NCAA RPI, No. 8 in the Top Drawer Soccer poll and No. 16 in the United Soccer Coaches ranking.

Before Harvard: Canadian National Team U15-U20 … Participated in Canada’s national team program since 2016 … Attended first national team camp at age 13 in 2016-17 with both U15 and U17 teams … Participated with the Canada’s U15 team at the 2018 CONCACAF Championship and with the U17 team on their China tour in 2017 … Selected as one of the youngest players to join the National High Performance Center and Team Quebec in 2016 … A helped the team reach the final of the Jeux du Québec in 2016 … Qualified for the final of the Canadian Championship Championship with CS Monteuil in 2017 … Ranked among the top three scorers in the Ligue de soccer élite du Québec from 2013 to 2020 … Scored a career-high 43 goals in 17 games in 2016 … Competed at club level for CS Monteuil and the National High Performance Center (Women’s Program of Excellence) … Won the Golden Boot of the Quebec Elite Soccer League in 2018 with 21 goals in 20 games … Student on the Dean’s Honor Roll … Daughter of Josette Thelemaque.

Before Harvard: Canadian U15-U20 national team…Helped the Canadian U20 team qualify for the 2022 U20 World Cup, participating in the CONCACAF World Cup qualifying competition and helping the team concede only only one goal… Was part of the Canadian U17 team in 2019, playing against Mexico… Selected for the Adidas Generation Journey to train with the Olympique Lyonnaise U19 academy in 2019… Won the National Gatorade Championship 5v5 in 2019, made the World Final in Madrid, Spain and earned a spot in the All-Star Game… Competed at the club level for Pickering Soccer Club and the Ontario Regional Excel program; served both teams as captain…Daughter of Glynnis and Frank Frelih…Cousin Vaughn Covil played professionally in England with Forest Green Rovers.

Before Harvard: Attended US Soccer U15 National Team Camps in 2017 and 2018…Selected for 2017 Region IV Inter-Regional Tournament Team… Attended Region IV Regional Camp and National ODP Camp in 2017…Assisted Region IV team to reach the Finals in 2017…Made Washington State ODP 2016 Region IV All-Tournament Team, helping Region IV team win the tournament title…Competed at the clubs for Seattle Reign Academy (2016-20) and Seattle United (2020-22), serving as captain for both teams…Served as a student leader on the school’s Student Equity Council and Black Student Union …Daughter of Risako Tanaka and Max Hunter…Sister, Smith, is a member of the Harvard Women’s Soccer Class of 2024.

Before Harvard: Ranked second goaltender in the South Atlantic region in the IMG 150… Selected for the Top Drawer Soccer Best XI Girls Academy Texas Showcase in February 2021… Helped the team reach the State Finals in 2022… Finished third at the Girls Academy U17 2021 tournament… Reached the quarter-finals of the 2018-19 US Soccer Development Academy tournament… Served the team as captain as a senior… Competed at club level for Tophat Soccer…President’s List, National Merit Commended Scholar and AP Honors Scholar…National Honor Society Member…Daughter of Audrey and John Tolson…His sister, Kennedy, played goaltender at Maryland from 2019 to 21.