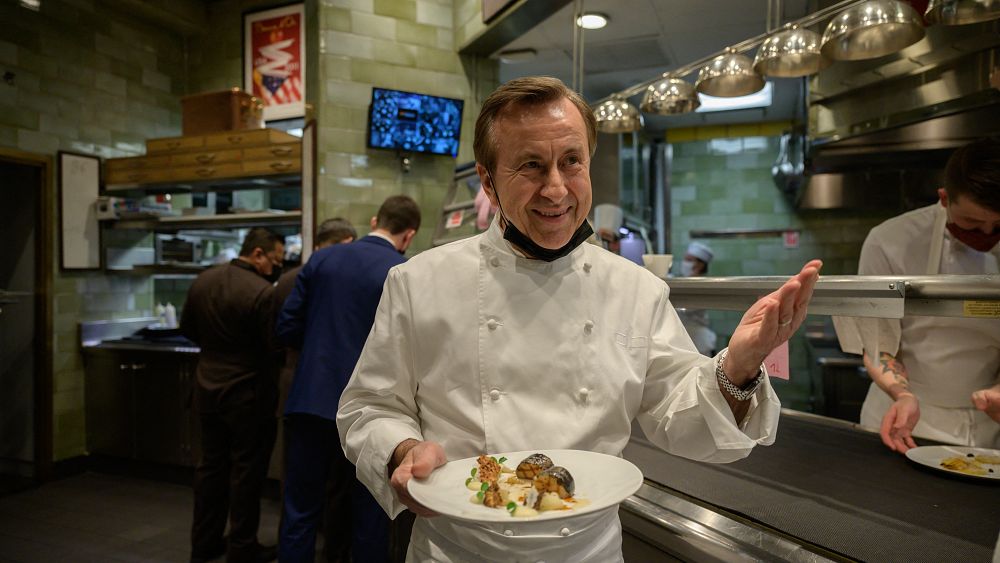 He calls himself “the most French” of the great New York chefs: here is Daniel Boulud.

The 66-year-old Lyonnais, who arrived on Manhattan’s Upper East Side in 1982 and never left, is now a in good faith fame in North America.

At the helm of his restaurant “Daniel”, his flagship with two Michelin stars (the third was lost in 2010), he was elected Monday by his 184 peers from 25 countries “best restaurateur 2021”, according to the French association Les Grandes Tables. of the world.

Another reward for Daniel Boulud’s little gastronomy empire which, by his own admission, is worth 100 million dollars thanks to some twenty establishments – almost all bearing his name – in the United States, Canada, London, in Dubai and Singapore.

This umpteenth prize is for the restaurateur a “professional consecration and truly a sign of friendship and support from (his) colleagues”, in an environment reputed to be very tough in terms of competition and pressure.

Always in the same place

It has been located since 1998 on 65th Street in Manhattan, between the very chic Park and Madison avenues. Its hundred employees mobilize six evenings a week to serve 150 covers in a beautiful New York building with an interior evoking Art Deco and Venetian style. palace.

Like all New Yorkers, Daniel Boulud suffered during the COVID-19 epidemic which claimed at least 34,000 lives in a city brought to its knees in 2020.

Some of his establishments have been closed but “Daniel” has maintained a terrace of sheds on the sidewalk “with heating in winter and air conditioning and music in summer” for a few diehards.

New York as a cultural mosaic

Out of the pandemic, Daniel Boulud thinks that New York will remain “one of the five most attractive cities in the world” with always a prominent place in French gastronomy. The economic and cultural capital of the United States, an incredible cultural mosaic of 8.5 million inhabitants with enormous social inequalities, has, according to the Consulate General of France, 183 French restaurateurs.

“Lovers” of New York, turned American, Daniel Boulud always prides himself on being “the most French of all the French chefs in the United States” thanks to a “cuisine which has its French references” but which “continues to innovate”.

With his pan-fried foie gras, “it’s like being in Périgord and yet we are in New York (…) a very multicultural world”, he enthuses.

The price of “luxury” and an “exceptional dinner”? Around $300 (€267) per person with wine and service, depending on the restaurateur.

“Customers want to treat themselves, they spend on wine, they go out a lot. We meet them with a regularity and loyalty that reassures us”, assures Daniel Boulud, who now counts on the return of visitors from Asia and the rest Europe. the world.

By rewarding him, the association Les Grandes Tables du Monde hailed the one who “embodies for many North Americans French gastronomy, or even gastronomy in general”. His peers also see him as “a shrewd and conscientious businessman”.

Indeed, this boss, who congratulates himself on having no “debts”, opened an ultra fashionable and slightly less formal restaurant in May at the foot of the new One Vanderbilt skyscraper, in the heart of Manhattan, an economic lung and global financial. .

Actions France and Benelux-Factors to watch