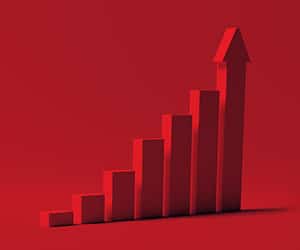 Inflation has hit many people’s wallets hard and rising interest rates are causing pain, agrees Michele Raneri, vice president of US research and consulting at TransUnion. This hurt some official measures of consumer confidence. But Raneri suggests that the rate of people leaving their jobs to take up new jobs remains relatively high, and that this should be taken into account.

“The ultimate act of trust is to quit your job and change it,” Raneri says. In August 2022, the federal government indicated little change in the “quitting rate,” even as the massive number of job postings declined.

Personal bankruptcy filings for the first half of 2022 were down nearly 15% from the same period in 2021, according to the US Courts Administrative Office.

Many people are borrowing, some, especially Gen Zers with new credit cards, for the first time in their adult lives. The growth of unsecured credit cards and personal loans stems in part from the fact that lenders more frequently offer this type of credit to unprivileged consumers.

An additional growth factor: with the sharp rise in house prices, home equity loans, especially home equity lines of credit, are also recovering. Home equity credit was up 22% year-over-year in the first quarter (latest figures available). TransUnion says 80 million owners have workable equity — 4.5 million of them having more than $1 million in equity as of mid-2022.

Total US household debt increased by $312 billion in the second quarter of 2022, according to the Federal Reserve Bank of New York’s Quarterly Household Debt and Credit Report. The 2% increase from the first quarter brings total consumer debt to $16.15 trillion, up $2 trillion from the end of 2019, just before the pandemic hit. While delinquency rates rose for all types of consumer credit, the New York Fed said they remained at historic lows.

TransUnion called increases in severe default rates “normalization” to pre-pandemic levels, which big bank executives predicted in presentations to analysts in the first half of 2022.

What signals should lenders take from these megatrends? Raneri says everything about consumer credit indicates that banks and other lenders still have the green light to keep lending and growing their outstandings. She says the yellow lights that exist relate to macroeconomic factors like job growth – which is slowing – that set general borrowing conditions.

Read more: What Big Banks Are Saying About Inflation and Recession

The national credit cardholder base increased by approximately 5% in the second quarter of 2022, compared to the same period in 2021. The average card debt held by borrowers increased by 9.4% from a year-over-year to $5,270. Average lines of credit on new accounts reached $5,035 in the second quarter, nearly 27% higher than the year-ago figure. This all comes from TransUnion.

To some extent, these figures reflect the impact of rising prices.

Credit card account creations were up 26% in the first quarter of 2022 compared to the first quarter of 2021. (TransUnion is tracking this data with a one-quarter lag.) But creations among Gen Z consumers have increased 31.6% during this period. Raneri says this is seen as a positive for the continued growth of credit card lending as this generation builds their credit profiles for the future. It’s also a counterpoint to the widely held idea that Gen Z are credit averse.

Balances rose 51.7% year over year among risky credit card holders, which TransUnion says is a record increase. Average credit lines for all credit tiers remained below pre-pandemic levels. However, super-premium cardholders are setting an all-time high for credit limits.

Credit card trends for the second quarter of 2022

Serious credit card delinquencies – more than 90 days past due – reached 1.57%, but Raneri puts that into perspective, pointing out that in the first quarter of 2010, when the economy was still in the recovery phase, this measure reached 2.68%. “It gives an idea of ​​what the magnitude could be,” Raneri says. The company sees no current serious crime anywhere near “worrying levels”.

The proportion of cardholders who pay their balance in full each month remained stable at 36.3%, which is near its all-time high. Revolvers, those carrying a balance, are at 40.1%, all according to the American Bankers Association Credit Card Monitor report for May 2022.

Personal loans are growing and becoming a lifeline for some

Fintech lenders have invigorated the personal loan industry in recent years by making it a more convenient option. Today, unsecured personal loans are considered as close as your keyboard or mobile device.

The growth seen in this type of lending can be viewed in terms of a single player, LendingClub, becoming a bank following the acquisition of Radius Bank. LendingClub positions its personal loans as a way to pay off the most expensive credit cards and other debts. In the second quarter of 2022, the company held an average of $2.7 billion in unsecured personal loans, reflecting significant growth.

The sector as a whole saw strong year-over-year growth in the second quarter, according to figures from TransUnion. Total personal loan balances reached $192 billion, up 31% from a year earlier. The differences here are extreme: the outstandings of subprime borrowers have almost doubled, while the outstandings of superprime borrowers have increased by 10%.

The growth in the sheer number of personal loans is more dramatic. In the first quarter (this data is also measured in arrears by TransUnion), originations increased by 60%, with each level of credit increasing by at least 20%.

Unsecured personal loan trends for the second quarter of 2022

A warning from TransUnion concerns the increase in lending to subprime borrowers. The company reported that serious payment arrears – more than 60 days late for personal loans – have increased for four consecutive quarters. The 3.37% rate seen in the table below is up 47% from the second quarter of 2021. However, the company points out, this rate is still close to that seen before the pandemic — 3.14% in second quarter of 2019.

As lenders look to continue to increase personal loans, TransUnion believes there will be room to provide more loans to prime and improve risk due to the continued impact of inflation on consumer costs .

The “classic” use of personal loans today has been to consolidate debt, including credit card bills, to lower the overall interest rate. A JD Power study found that one in five consumers surveyed had applied for a personal loan in the past year. Of this number, 34% said they did so to supplement lost wages.

The company found that people under 40 cited this reason most often – 39% of this age group said they had borrowed to make up for lost income.

White says 68% of people who get personal loans say they’re not in a better financial position than before. “That, to me, is sobering,” says White.

Ever thinner savings cushion for some consumers

As stated earlier, there has been a lot of talk about consumer hoarding money, but this stash is not there for everyone. Additionally, the rise in personal loans could indicate that for some people, savings built up during the pandemic are running out or running out. MagnifyMoney, part of LendingTree, looked at savings rates.

In June 2022, 42% of consumers surveyed said they had topped up their savings account. The company pointed out that this is the second lowest percentage of net savers seen so far for the year.

Meanwhile, the report found that “more Americans are saving for emergencies compared to last summer, suggesting consumers take the possibility of a recession seriously.” 31% say they save for emergencies, up from 25% in July 2021.