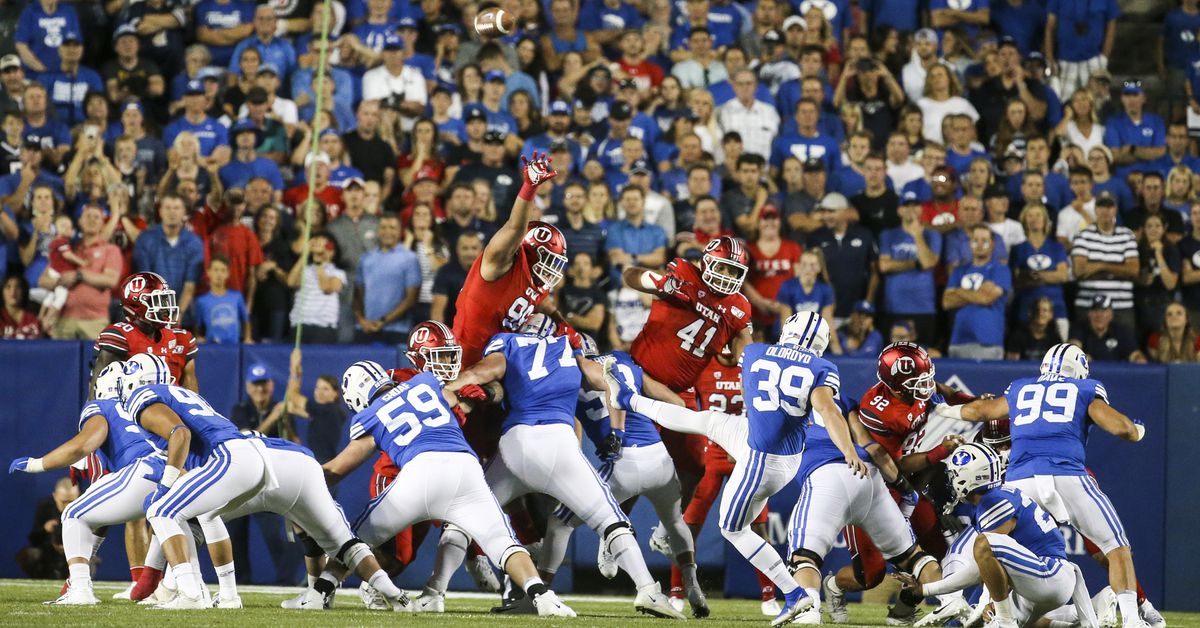 The college football season kicks off in the state of Utah just over three months away, and on Thursday afternoon, just minutes apart, the Utah Utes and BYU Cougars announced more information on their schedules.

The Utes have announced plans to be at full capacity at Rice-Eccles Stadium along with kick-off times and TV designations for some games, while BYU has announced TV plans with ESPN and BYUtv (the Cougars announced last week their intention to reach full capacity at LaVell Edwards Stadium).

“We are incredibly excited to plan a full and comprehensive environment at Rice-Eccles Stadium for the 2021 football season,” Sporting Director Mark Harlan said in a statement. â€œWe are very grateful to our passionate and loyal fans, who have supported us and supported our department during a very difficult time.

â€œI am also thrilled for our student-athletes, coaches and staff, who worked so hard and maintained a high standard throughout everything, and will once again be able to feel the roar of the crowd at home. We can’t wait to be September 2 when we open the expanded Rice-Eccles Stadium and unveil the Ken Garff Performance Area with 51,444 in the building.

The season opener against Weber State on September 2 will air on the Pac-12 network, although the kick-off time is yet to be determined. The rivalry match at BYU on September 11 kicks off at 8:15 p.m. MT and airs on ESPN. Next week, Utah takes on San Diego State on the road, with a kickoff scheduled for 5:00 p.m. MT with CBS Sports Network to broadcast it.

Additionally, the Nov. 5 contest at Stanford will begin at 8:30 p.m. MT and will air on FS1. The October 9 game at USC and the November 26 game in Colorado will be televised by Fox or FS1, although the kick-off time has not been determined.

As for BYU, it will open the season with three straight games on ESPN. The first will be the 2021 Vegas Kickoff Classic on September 4 against Arizona at 8:30 p.m. MT. The rivalry game is next week, followed by another home game against Arizona State on September 18, with kick-off time being 8:15 p.m. MT for both.

Home games against South Florida (September 25), Boise State (October 9) and Virginia (October 30) will be played on ABC, ESPN, ESPN2 or ESPNU, although kick-off times are not determined. that later. The November 6 home final against Idaho State will start at 1 p.m. MT and will air on ESPN3.

It was previously announced that the Oct. 1 road game against Utah State would start at 7:00 p.m. MT and would air on CBS Sports Network. Kick-off time and television information on the Cougars’ other four games will arrive at a later date.