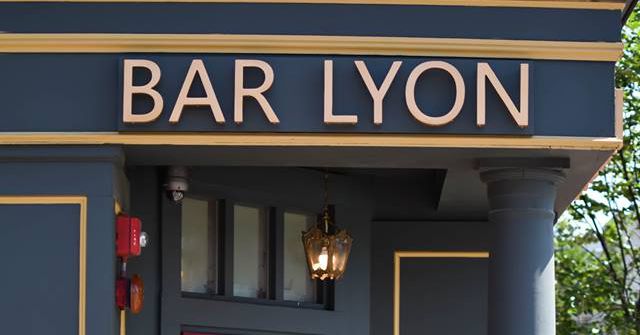 The Lyon bar offers dishes from the Auvergne-RhÃ´ne-Alpes region in south-eastern France. Chef and owner Jamie Mammano and executive chef Cameron Cieslak oversee the menu, which includes soft cooked omelets, roast chicken, poached monkfish with Maine lobster and clams, salmon tartare and steamed mussels. There are also a few items dubbed “Lyon classics”, including a seasoned white cheese called brain of canut, a curly salad with smoked bacon, and a Lyonnaise crusted terrine. As for drinks, the Bar Lyon offers a selection of French wines, as well as beer, cider and cocktails.

The restaurant offers a warm atmosphere design courtesy of Donna Jordan of Jordan Interior Designs. There are wooden table tops, plush cubicles, and braided tile flooring, in addition to a vintage chandelier. Pat Sharkey of Sharkey Design Company was the architect of the project.

By sister restaurant Mooo’s Instagram history, Bar Lyon will debut on Friday September 14, starting with the bar at 4:30 p.m. and the kitchen at 5:00 p.m.

Update 9/13, 10:30 am: This story has been updated to reflect Donna Jordan as the interior designer of Bar Lyon.